From Making the Grade to Making 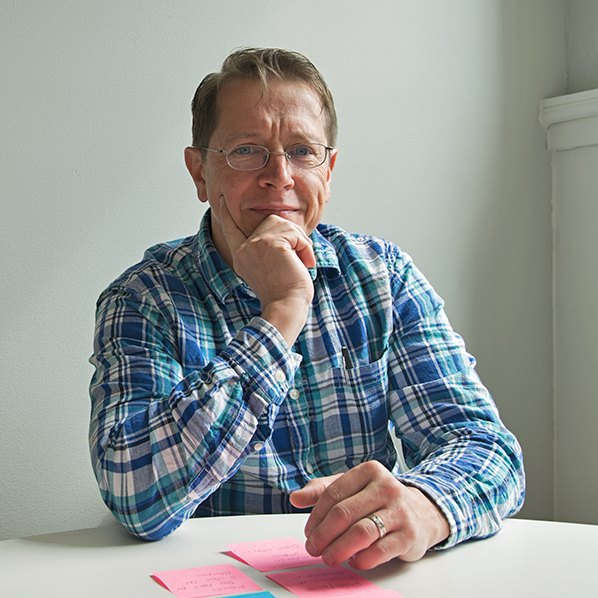 Garreth Heidt has developed innovative instruction methods for twenty-five years. His practice has always been based in the pursuit of answers to two driving questions: “Why are things the way they are?” and “How can we make them better?” Garreth holds a BA in English and a M.Ed in Curriculum, Technology and Instruction from Temple University.

I work in an area of Pennsylvania with many “good” public schools. I say “good” because there are a number of high schools in this area that sit at the top of the rankings for “Most Challenging Schools” or “Best High Schools” done by any number of publications in the state/nation. Naturally, these lists all have their own metrics for selection; however when one digs deep enough, the metrics usually resolve themselves into some reliance on test scores, most notably the number of students in a district taking and passing AP tests.

I know little about AP classes other than they cause my own students a good deal of (good?) stress, that they seem successful in stuffing students full of information, and that many students enjoy the challenge in the game of regurgitation and getting the “5” on the test. After all, that’s what school is about. And it certainly helps that such success may well excuse successful students from the “intro” courses at college. Let us face it, on the level that matters most, economics, taking an AP course and passing out of a college requirement is money well spent.

(Full disclosure: I probably would have been a 4—AP class-a-year student if they had been around when I was in high school. I was good at the game of school.)

Thus, when a district shows up on the “awards list du jour,” when the awarding educational conglomerate or state official sends the congratulatory banner emblazoned with their brand/seal, when the schools celebrate their academic acumen at faculty and board meetings, well, this is, I suppose, what it means to be a “good school.” I also imagine parents who succeeded in schools just like these, and how they would want to live in districts with “good schools,” and so I understand the cachet that accompanies the hard work it took from teachers and students alike to play that game, to “score” that goal and win that trophy, that banner, that emblem. (I recognize that I have ignored the elephant in the room, namely the issue of how socio-economic status is clearly linked with student success and achievement in schooling. However, an examination of that pachyderm will have to wait.)

Of course, placing such important rankings upon these classes really begs the question that AP achievement (or almost any test for that matter) actually is a proper standard for what constitutes a “good school.”

Is it? Well, the answer rests upon the assumption that the way we have always done school works best, and that assumption is based upon the institution’s myopic belief that drilling and testing will create intellectual monads capable of “making the grade.” If recent articles and research are any indication, the capabilities engendered through such an education are little more than compliance and belief in the system itself. In fact, at least according to one researcher, there seems to be little correlation between making the grade and truly making a difference in the world. (This Valedictorian’s speech, as well as Erica’s Goldson’s well known 2010 address, also speak student-power to the truth.)

As a debate coach, I’ve endeavored to help all my debaters spot and reveal reliance upon logical fallacies. But closer to my heart, I don’t want my children to be part of a fallacy. And this fallacy is one that denies the very ideal of education to begin with—that we educate because we know the world can be a better place. It is this belief that has driven me to a quarter century in the classroom.

It is also this belief that has driven me to work with F&F. I’m in education for the same reason Form & Faculty is involved in human-centered design, because:

(Update: After publishing this piece, Grant Lichtman posted this blog post further damning the AP industry. Key sentence from his post: “No school I know of that has dropped the AP has had any drop-off of their college matriculation statistics.”)

Back to Insights
We look forward to discussing your next project.
contact